Top 5 online stores to shop from by Admin 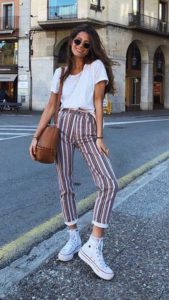 Summer is upon us and sometimes it is just so much nicer to spend the days on the beach or outside with friends, rather than walking around inside a mall or from store to store sweating like a pig. (although still looking fabulous ofc.) BUT we still want the latest summer trends, right? Therefore, this blog post will reveal the top affordable and trustworthy online shopping sites so that you can be the multitasker we all want to be and get that amazing tan while shopping!

ASOS is one of my personal favorites, here you can find hip and trendy up to date items and everything is affordable. They also run their own brand, simply called by their name ASOS. I particularly like their own brand because it’s cheaper and their designs are super unique.  Their worldwide shipping cost is 5.00 euros when spending over 25.00 euros

This online shop is literally amazing, they have tropical, colorful, elegant clothes for women in all shapes and sizes. If you like the elegant/chic romantic style then this shop is for you! The delivery costs varies from country to country but is between 4,99 and 6,99 euros.

If you love accessories as much as we do here at Capture Models, then this place is just the one for you! Baublebar has thousands of amazing accessories for any occasion and is it affordable? YES INDEED! If you purchase for more than 21 euros they offer free shipping, which trust me, is not difficult to reach with all the cool stuff they got.

This online shopping site offers everything from basic daily wear to colorful night out outfits. The prices are very manageable and the shipping costs go from 5-12 euros.

If you love flower prints, tropical colors and glitter! This website will not disappoint you. ROMWE is affordable, colorful and a trustworthy website to purchase from. Shipping costs between 5.00 – 15.00 euros depending on the country.

I hope you can use these tips to get ready for an amazing summer! 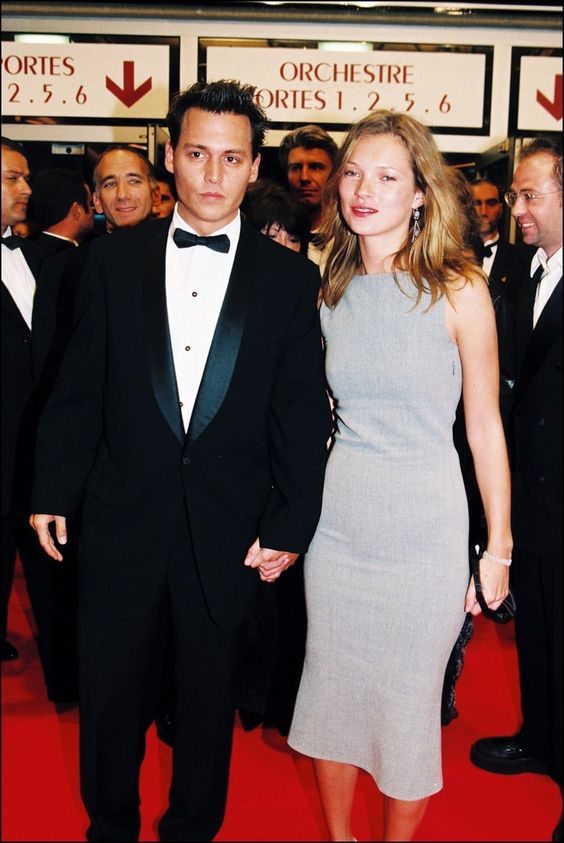 Johnny Depp celebrated his 54th birthday on June, 9th. So, to pay tribute to this movie legend, we decided to do a recap of three of his best looks.

Johnny Depp is unquestionably one of the best actors of our decade. Thanks to his strong friendship with Tim Burton and many other talented film directors, he offered us magical performances, all more different from each other. In addition to being particularly talented in his field, Johnny is like a metamorph. In each role, a new style.

We had the chance to see him in all its forms, adopt several haircuts and clothing styles. Whether it is in the cinema or in his everyday life, Johnny dares everything and his past as a rocker only confirms his extravagance. Hat, coloured glasses, scarves, nail polish, rings, tattoos, this man loves to accessorize all its looks for the greatest pleasure of our eyes. 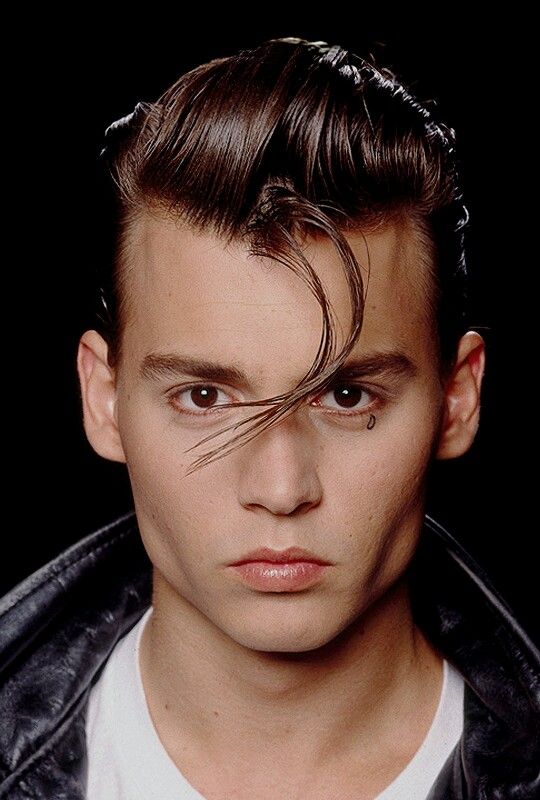 It is true that we have been more focusing on the style of his numerous and all so fabulous women in his life. But we should not forget that he received a Style Icon Award at the CFDA Fashion Awards in 2012. Known for his eccentric looks, he does not hesitate to express who he really is through his clothes.

His mythical leather jacket. It’s reminiscent of Cry Baby‘s era, where the artist with his slicked hair wore a simple white t-shirt, blue jeans and heightened this simple look with his jacket. This will forever stay in our mind.

He can play very wise as with Kate Moss at the Cannes Film Festival for the projection of The Brave. Nothing more classy and more beautiful than Johnny Depp wearing a costume. His clean-shaven and brush cut confirmed that each of his red carpet appearances allows him to show his elegance and sense of refinement.

You know it, Jonnhy Depp’s hair is his trademark. His dishevelled hairstyle is emblematic. A levis shirt always opens and a devastating smile. 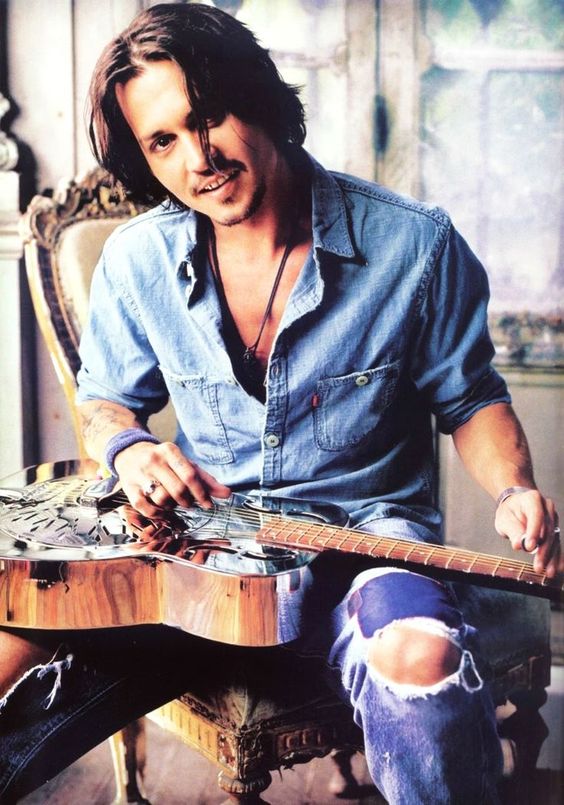 Johnny Depp has many facets and he will keep seducing his audience, through his films, his appearances on red carpets or in ads like Eau Sauvage, Dior. 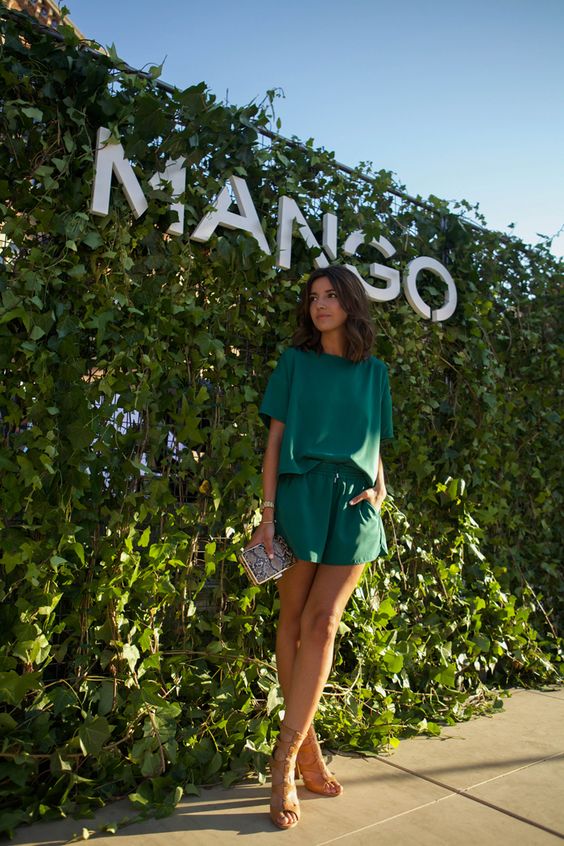 Best affordable brands to get while in Barcelona by Admin

Barcelona is a multi-cultural and very touristic city, catering for everyone clothing wise, with malls, markets and high streets. Whether you have forgotten your holiday clothes, want to try out a new style or add some new clothes to your wardrobe, shopping here is for you.

Zara – Do you want to dress to impress, mix and match or add some accessories to some plain clothes? If you do go to Zara! Originating from Spain Zara shops are in many different locations, with something for everyone you can buy clothing for the whole family! 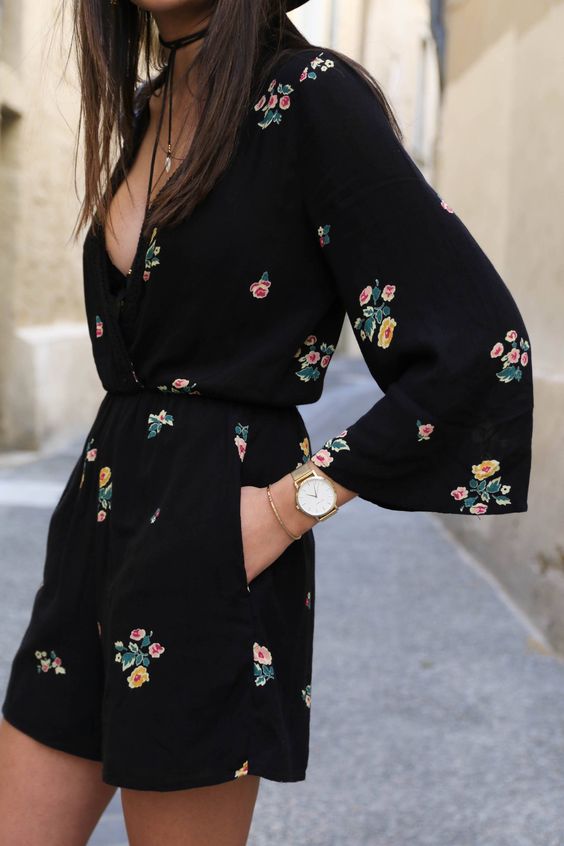 Mango – Thinking of adding some colour and good style to a sunny day? Are you looking for casual clothes, are you a wedding guest or just looking for some new inspiration? Mango has it all! Also originating from Spain you will find Mango in many different locations and never fail to get something!

H&M – This Sweedish company that caters for all. Do you want to make a statement with some funky and cool patterns? Do you need new swimwear so you can stand out at the beach? Shoes, accessories, clothes, underwear, makeup, this place has it all, not overly expensive and dotted around in Barcelona this is a great option.

Primark – With only a few located in Barcelona Primark will be harder to find but definitely worth the search! If you are looking for fashionable clothes that look expensive but have a reasonable price tag, this is for you! Made in the UK Primark’s styles have expanded, with a range of ages, sizes, colours and people no matter how colourful or plain you dress Primark has what you need. 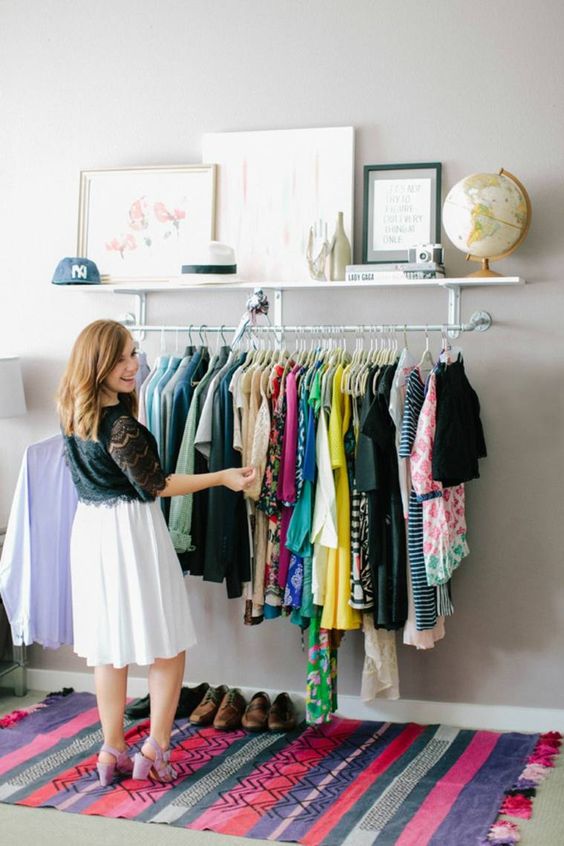 Markets and Shops – Dotted around all over Barcelona you will find stools with people selling clothes, accessories and shoes. This is an affordable way to buy everything you need for your holiday/ summer wardrobe. The more you buy the better the discount. So put your shoes on and get searching, how can you say no to stylish clothes that make not only you happy but your bank account happy too. 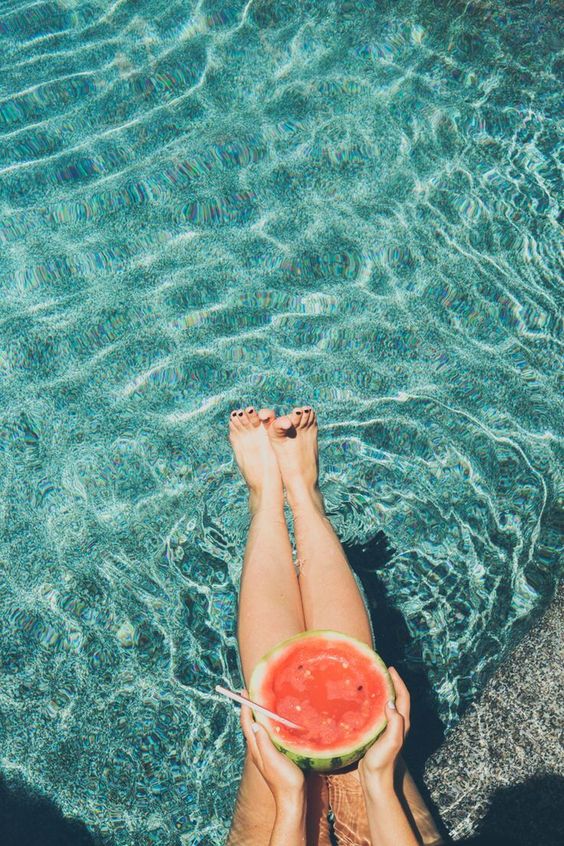 Best fruits for the summer by Admin

Are you a fruit lover? Do you like having a cold piece of fruit on a hot summers day? We have the perfect advice for you that will keep your skin beautiful and your body hydrated.

–Watermelon. Watermelon is roughly 90% water and is good to keep you hydrated on a hot summers day. Filled with vitamin C it has lots of benefits for your skin cells and helps the skin damaged by UV lights. This still means you need suncream.

– Berries. All berries are full of antioxidants, also like watermelon they limit skin damage keeping your skin nourished and protected. 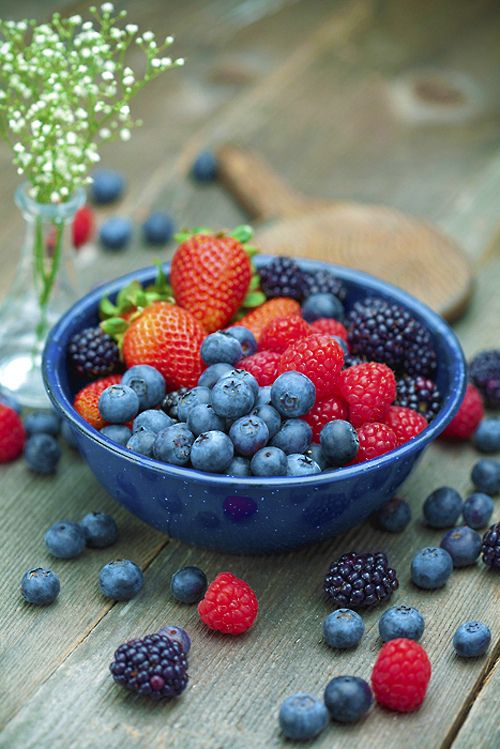 – Pineapple.  It contains good vitamins and minerals, pineapple helps with inflammation because it contains bromelain. It is said to calm down sunburn.

– Cucumber. Cucumber is not only for eating but you can also use it on your skin. Full of water cucumber hydrates you and also reduces puffy eyes. 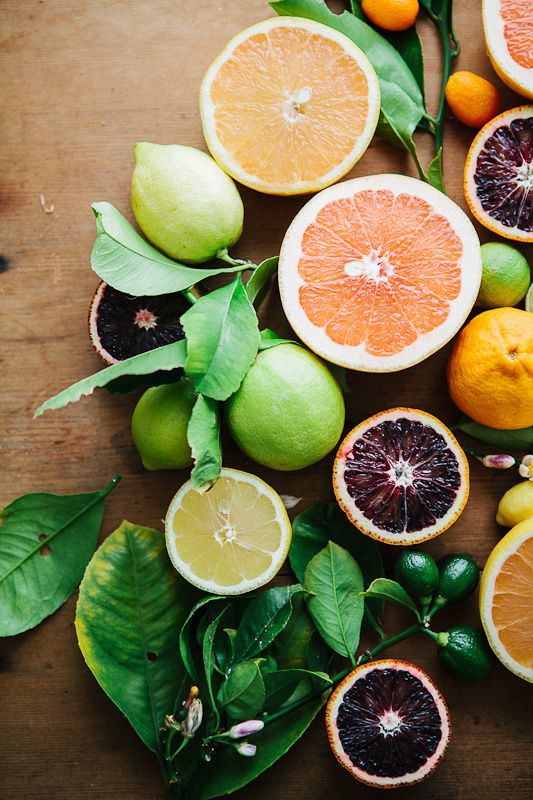 Not only it all this perfect for your body but the most important thing is, they all taste amazing as one and together. 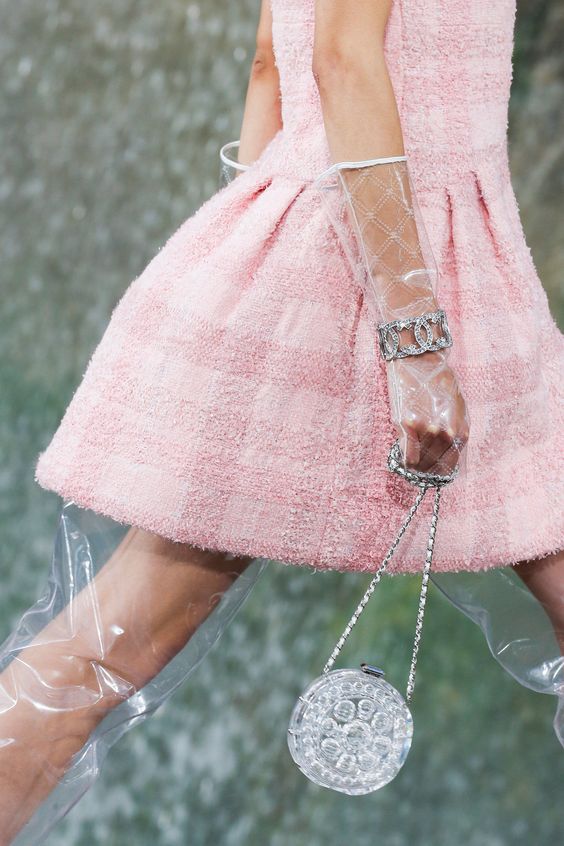 Every season has its trend. It is true that sometimes, some are more difficult to adopt than others because they are more fanciful and out of the ordinary.

This summer, we got it, fashion is all about accessories of all kinds. We should not take everything for granted as a good look must respect several steps. Fashionistas like to try new things, associate colours, shapes, materials. They dare and we would love to do the same.

This season, PVC is the detail that will make all the difference. We never thought that this material famous during this winter season would return on the catwalks for this summer. But the plastic madness is not ready to stop. 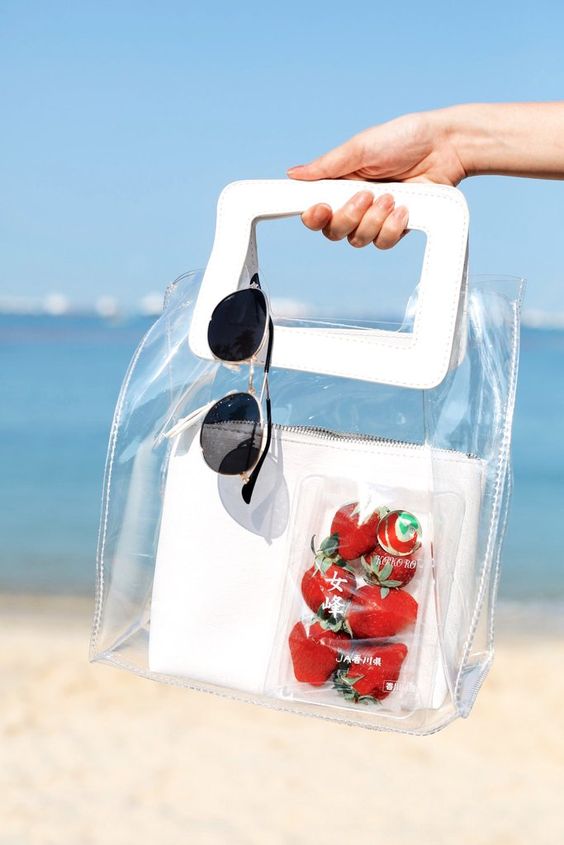 There is not one but several plastics, transparent or iridescent. One thing is certain: brands and designers have had fun working on them for the spring-summer 2018 season. Indeed, just look at famous houses like Balmain, Burberry or Chanel that have exploited this trend on the catwalks by offering pieces in translucent or coloured plastics.

Available in hats, visors, belts, bags and sandals, PVC is the key material for this new season. Forget about the coats and rain boots, pieces you cannot wear under the crushing heat of the summer. Instead, think to change your goods and get inspiration from inspired by the bag “Gabrielle” or “Boy Chanel”. 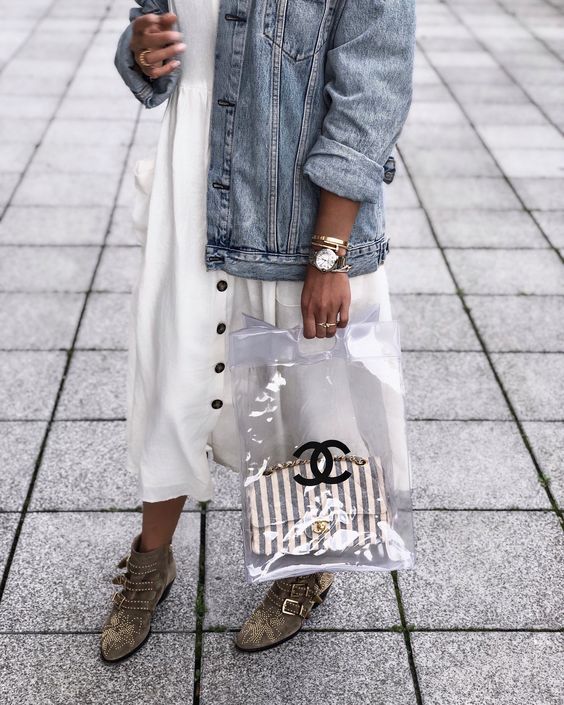 The others did it so why not us? Do you dare to try this trend? After all, life in plastic, it’s fantastic. 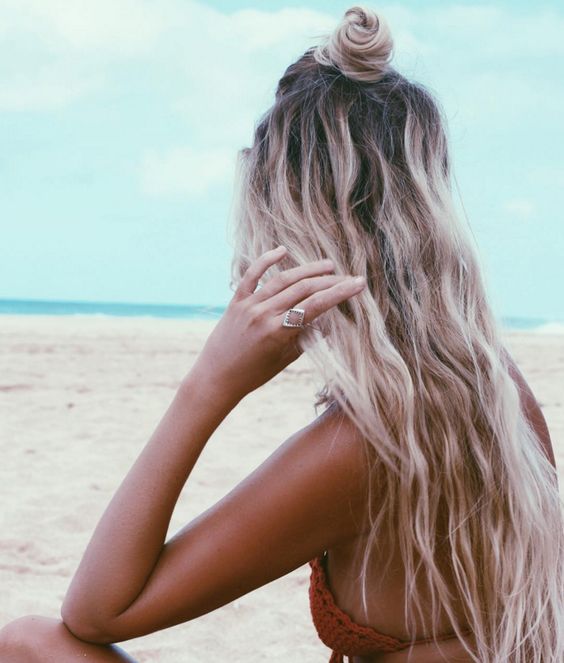 It is sometimes quite hard to take care of our hair as it can be a long and complicated process to finally be able to style it and take care of it. That is why we wrote an article below on one of the hair routines you can adopt for the summer.

When it is hot, whether you have long hair or short hair, it is always difficult to find hairstyles that will allow you to not to sweat too much and feel comfortable while remaining stylish. In addition, when we are on vacation, sometimes we feel lazy and wish to give our hair a break from our straightener or curler.

Here are three hairstyles easy to try for the holidays, depending on what you are planning to do during the day. It can be for a morning at the beach, an afternoon stroll by the sea and an evening at a restaurant with friends. 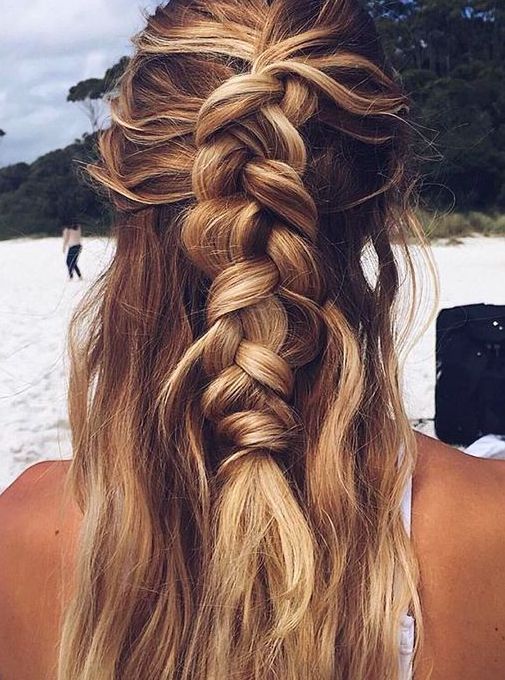 Top knot will be your best friend. There is nothing more easy and comfortable than this hairstyle. But you can also enjoy the fact that your hair is wavy from the sea air to do an half-do messy bun, a classic hairstyle that will remain as one of our favourites.

The braids are one of the big trends of this year. It is not possible that you missed on Instagram that it is the hairstyle to adopt this summer.

For an evening out, after the shower, you can go for a little bit more sophisticated hairstyle and try to do a bohemian braided bun. This simple but elegant hairstyle will allow you to be the most beautiful during your evening out. 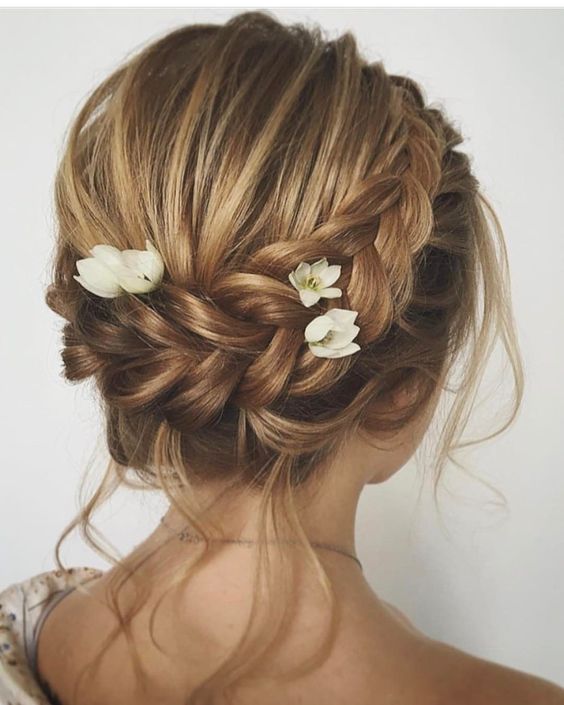 You can add to your hair any kind of accessories: headbands, headscarves or flowers. Be fancy and dare while you are on vacation.